How to Fail at Customer Service

Back to Blog
Customer Experience 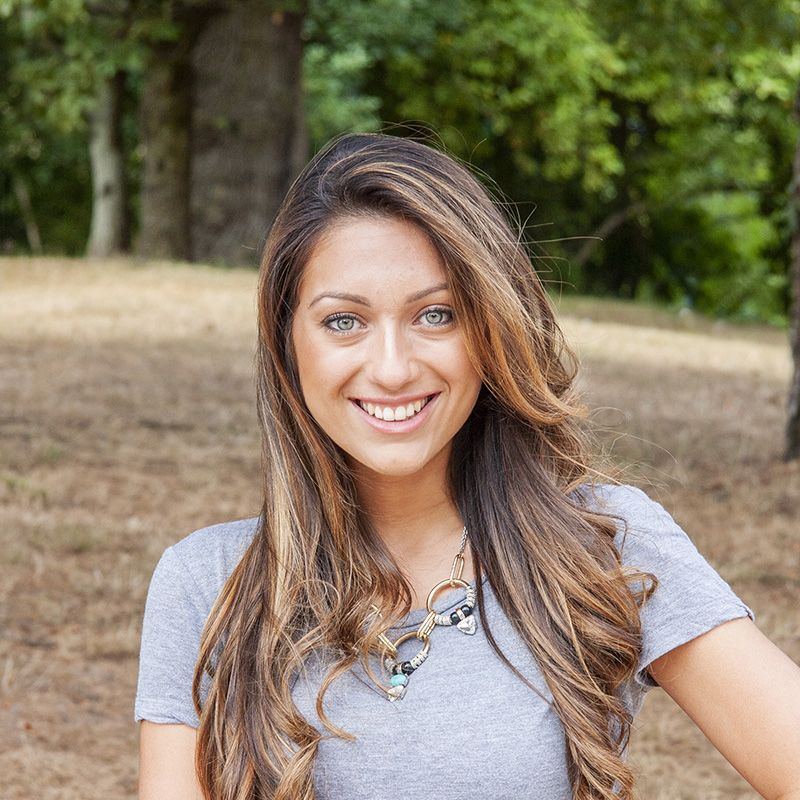 Holidays are fantastic. In fact, going on holiday is one of my favourite ways I choose to spend my money.

Everyone’s idea of a perfect holiday is different, but for me, it’s all about luxury. If I’m spending my hard-earned cash on a break, I want to experience beautiful surroundings and high calibre, personalised customer service. I also want everything to run as smoothly and effortlessly as possible, so I can spend my time relaxing, rather than having to sort out problems or unnecessarily spend time doing things I don’t want to do.

It is for this reason that I am rather scrupulous when it comes to my choice of hotel. Let me tell you about two hotels I’ve stayed at, both five-star, both on summer beach holidays. Two different experiences.

Let’s called them Hotel A and Hotel B.

At Hotel A, breakfast would be served in five courses. Despite being consistently delicious food, one morning, I didn’t really like anything on the menu. Dimitri (we knew all the staff by their first name) responded immediately with:

“No problem! What would you like instead? The kitchen can prepare anything.”

There was no hesitation in offering me a solution to my problem. Within a few minutes, my avocado toast with a poached egg was delivered. Suffice to say, I was a very happy guest indeed.

Every day, I would find my lounger by the pool and almost as soon as I lay down, one of the waiters would head over and deliver my husband and I our favourite drinks. There was no need for us to explicitly order them- the staff got to know our routine and we were glad to accept the drinks. We would spend time having conversations with the staff, getting to know one another and genuinely enjoying the company.

Hotel A is beautiful, but what truly sets it apart is the standard of service it delivers. It was simply faultless.

Recently, we stayed in another five-star hotel, Hotel B. Hotel B was wonderful, the food was excellent, the rooms were supremely comfortable and the hotel itself is beautifully designed. We very much enjoyed our stay, and the facilities were great.

So, what was different?

Here’s an example of one particular event which took place during our stay.
We ordered cold coffees to be delivered to us at our sun loungers. It was windier than usual that day, and as the wind picked up, it took with it my husband’s full-to-the-brim cold coffee. It went all over his towel and lounger.

We signaled for assistance and a waitress hurried over. When we explained the situation, her immediate response was:

“Are you willing to pay for this coffee?”

You could see the panic on the waitress’s face- it was clear that she was completely unsure of her position in an event like this and had no idea how to handle it. When we (rather awkwardly) replied by saying that we were hoping to get a replacement coffee, ideally free of charge given our inconvenience, it took 3 members of staff and about 10 minutes to assess the situation before the manager was called over. Immediately, he ordered us a replacement coffee free of charge.

Who was to blame in that situation? The first waitress? The second? The wind? Ourselves?

My husband and I had a chat about this, over our coffees. One thing was clear; we both agreed that the situation had been handled appallingly by the Hotel B staff, despite its ultimately good outcome. How could such a wonderful hotel have such arduous processes in place for rectifying such minor mistakes? What’s more, we immediately found ourselves imagining how differently the situation would have unfolded if this had happened at Hotel A.

It wasn’t long into our chat when we both realised what the difference was fundamentally between the two hotels.

Here’s what we put it down to.

The staff at Hotel A, regardless of seniority, were encouraged to think on their feet and apply some common sense to situations in order to resolve them as efficiently as possible. It wasn’t necessarily that nothing ever went wrong at Hotel A, after all, accidents happen. Some things are unavoidable, but what was apparent was that the staff members were able to solve problems themselves. In short, they were trusted and given the autonomy to do their jobs to the highest standard.

Conversely, at Hotel B, it became clear that management were the only people able to apply common sense to situations and make any decisions. Because of this, if anything went wrong, the sense of panic was heightened, as none of the junior staff members were able to do anything themselves to solve the problem. It created unnecessary drama and angst.

Of course, I can only speculate the reasons why Hotel B have chosen to adopt this protocol, but some might be relatively straightforward, such as:

All of those reasons make perfect business sense, but this poses a serious question about customer service:

Is quality customer service inevitably doomed as a company increases in size?

This can be applied across all company types, but let’s stick with the hotels example for now.

You could argue that it is easier to get to know your customers on a more personal level when you only have 50 to deal with at a time, versus 300. On the other hand, it could be assumed that the number of staff members would increase proportionately to the number of guests the hotel is able to accommodate, and in order to gain five-star status, a threshold for customer service needs to be met.

Customer expectations for service don’t necessarily diminish with a larger company, but the focus of the service shifts as companies increase in size.

Customers expect a more personal and personalised service from smaller companies. There are fewer people to remember, from both the perspective of the employee and the customer, so forming strong relationships (like what I experienced at Hotel A) is more likely.

On the other hand, customers expect the service from larger companies to be less personal, but more streamlined because they have more resources. In many ways, the expectation for larger companies is for problems to be resolved quicker and more efficiently. This is part of the reason why we expect refunds to be processed quicker by larger companies, for example.

But here’s the thing:

It isn’t just about the speed of service.

In the case of #CoffeeGate, the end result was positive: we got our replacement coffee free of charge, which we were glad about. However, the overall experience didn’t match up to the expectation we as had as customers. It was about the way the service was delivered, so we still felt unhappy even after it had been rectified.

The overwhelming feeling was that it all boiled down to money. How much would it cost the hotel to replace the coffee? Were we willing to pay for the original one? How were they going to sort out the bill?

It felt cold; we were no longer valued customers. Instead, we were just some arbitrary guests costing them money, which was a shame, since we didn’t feel like that at all before that particular situation arose.

At Hotel A, even if it wasn’t necessarily the case all the time, you got the feeling that the staff enjoyed being at work. It felt like they were happy to help, even if at times maybe they weren’t… after all, everyone has bad days, right?
In return the customers enjoyed spending time with them. The environment felt relaxed, happy and the staff were confident and competent. As customers, we felt valued and comfortable.

It was all about the experience- not money. The result?

We spent more money. And we didn’t care that we did. In fact, we would do it over and over again.

If you go above and beyond for your customers, they will remember and reward you for it. It’s a well-known fact that more customers talk about bad experiences than good with friends and family, and these positive or negative recommendations can go a long way. Customers are your biggest brand advocates, and 92% of customers are likely to believe a friend or family member’s recommendation above advertising.
As well as this, customers who have experienced excellent customer service are also much more likely to be repeat customers and spend an average of 17% more with the company.

Excellent customer service isn’t just about procedure and protocol, it’s also about how you make your customers feel as you deliver it. Get that right, and they’ll be loyal to your brand for a very long time.

And if in doubt, here’s a good rule of thumb: if the wind blows your customer’s coffee over, get them a new one.

Thank you! Your submission has been received!
Oops! Something went wrong while submitting the form.

We think you'll enjoy these too... 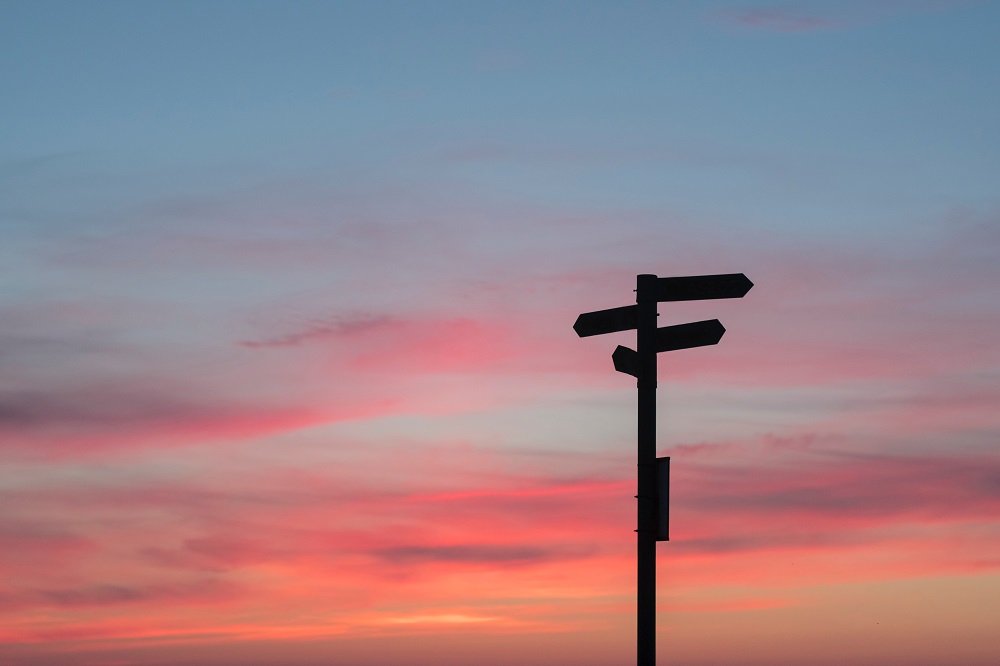 10 Ways to Generate More Inbound Leads From Your Website + Infographic

So you’ve managed to get people to your website – that’s the half the battle done. The next part is helping these website visitors actually become leads, and here are 10 ways to help you do it. 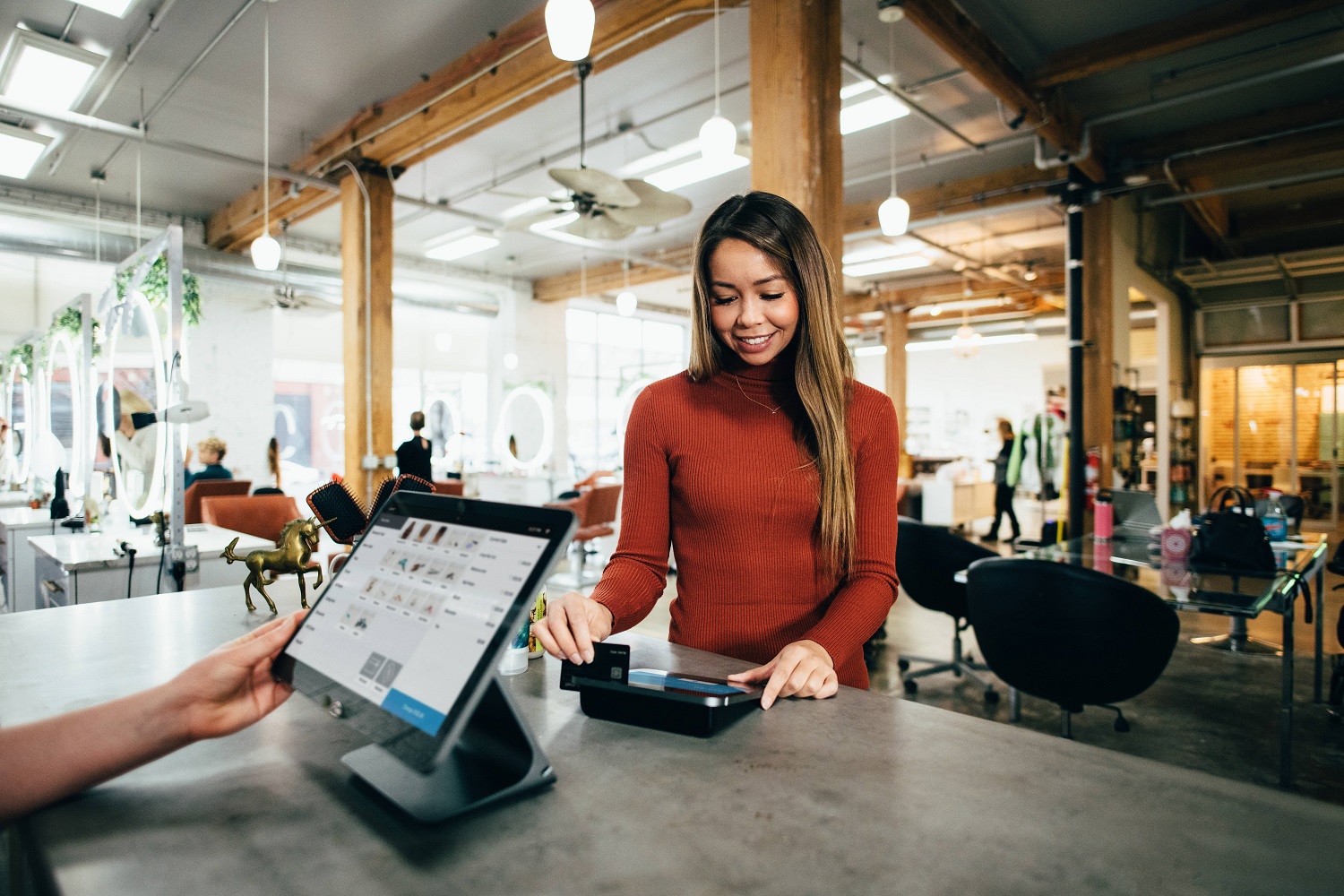 How to balance automation and retention 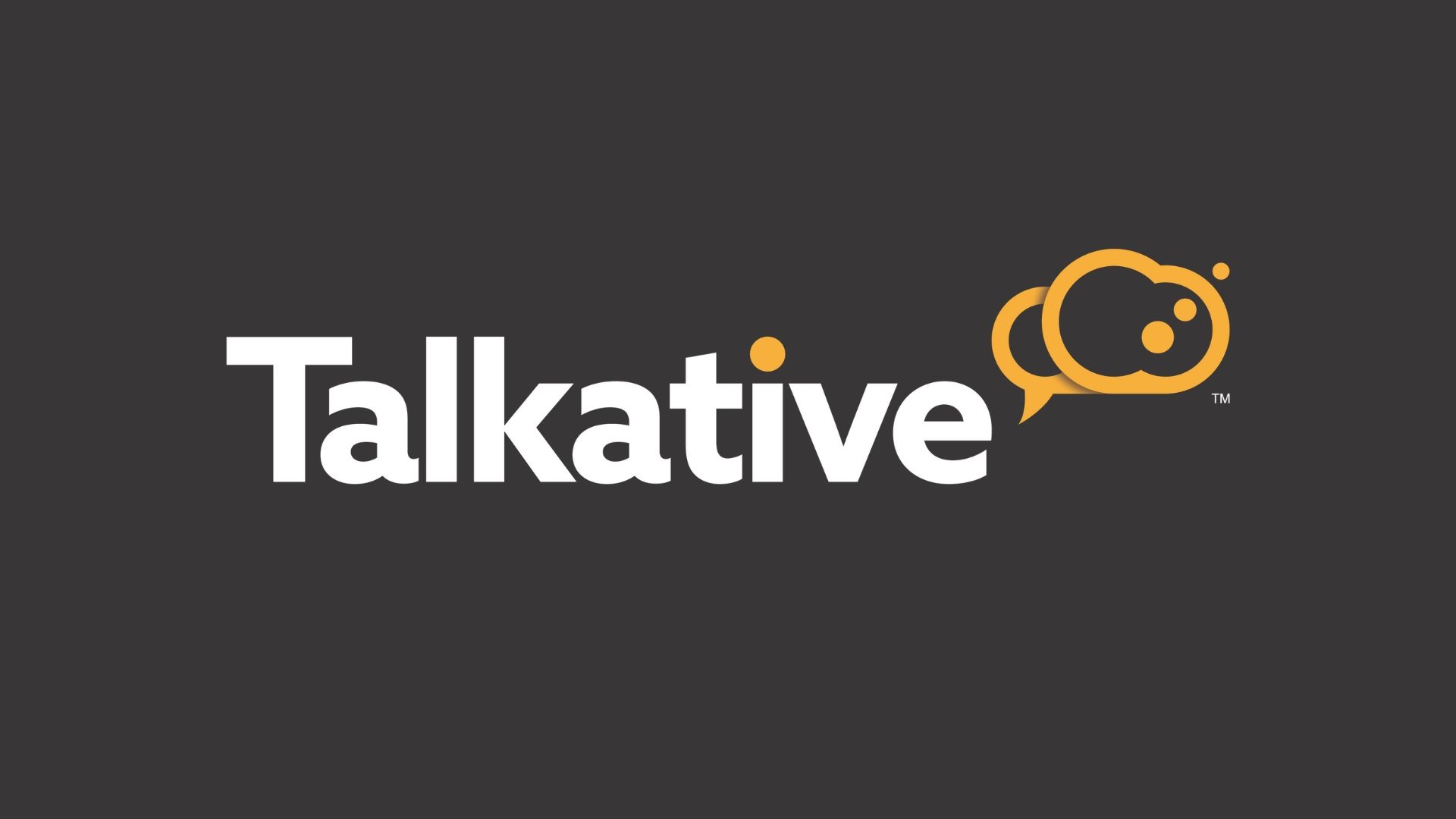 Before anyone gets to know your company, they form an opinion just by looking at your name and logo. So, we wanted to share the story of how we developed the Talkative brand. 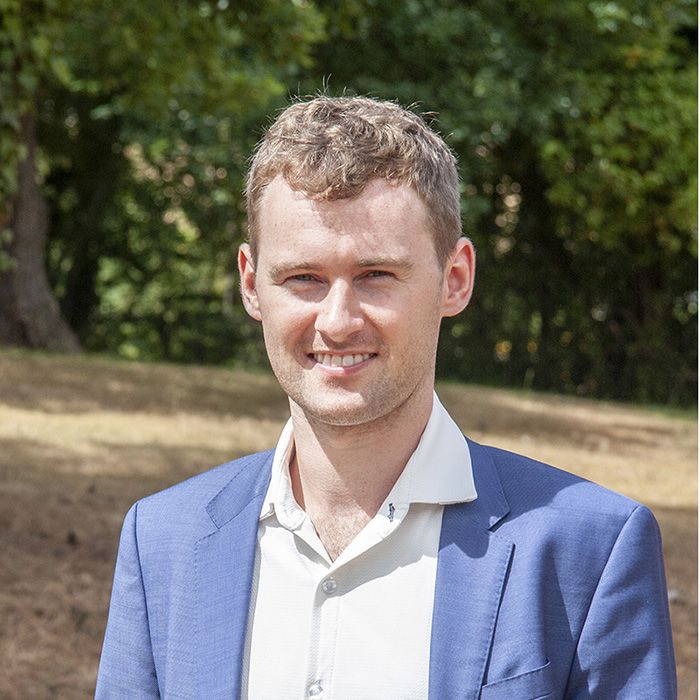 Always in the loop.

Subscribe to updates and new posts from our blog
Thank you! Your submission has been received!
Oops! Something went wrong while submitting the form.
We will never share your email address with third parties.